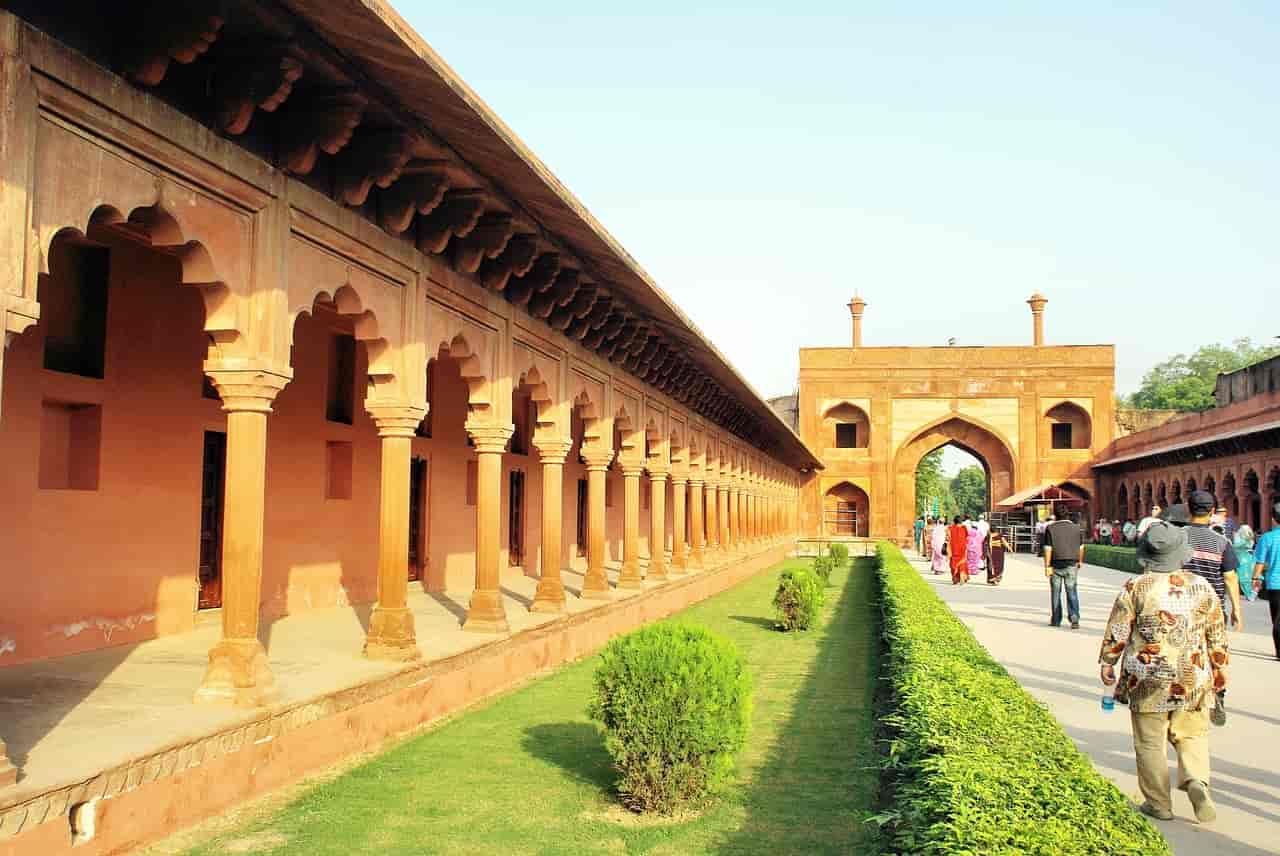 Agra is one of the most beautiful places in India, with cultural richness and extravagant Mughal heritage. With majestic forts and monuments in and around Agra was the Mughal capital during the period of 1526 to 1658. The enduring symbol of love, Taj Mahal, located in Agra, is the most sought out destination in India.

This masterpiece of Mughal architecture attracts people from all around the world, throughout the year. Located on the banks of the River Yamuna, it is such pleasure and excitement to be in Agra.

Agra was home to one of the seven wonders of the world – Taj Mahal. One of the major attractions in India, Taj Mahal was build by Emperor Shah Jahan in memory of his wife, Mumtaz.

It stands as a symbol of his eternal love for her and to this day is one of the most popular tourist destinations in the world. The walls and floors, adorned with fascinating intricate calligraphy and mosaic works are quite beautiful. Artwork at the Taj Mahal is even decorated with precious stones. Taj Mahal is a must-visit place in India.

Commissioned by the great Mughal Emperor, Akbar in 1565, the Agra Fort is one of the best places to visit in India. Agra Fort, made from red sandstone and converted into a palace and widely repaired with pietra dura and marble. Famous buildings in the Agra Fort are Jahangir’s Palace, Pearl Mosque, Diwan-e-Am, Shish Mahal, Diwan-e-Khas, Khas Mahal, etc.

Itmad-ud-Daulah’s Tomb was build on the command of Noor Jahan for honoring her father, Mirza Ghiys Bagh. Itmad-ud Daula means pillar of the state. The mausoleum is build with white marble adorned with precious stones.

Located 9 km from the Agra Cantonment Railway Station, the Ram Bagh Garden is one of the popular tourist destinations in Agra. The garden located near the Chini ka Rauza, is 3.5 km away from Itimad-ud Daulah.

The Ram Bagh Garden, build by the first Mughal Emperor Babur and the original name of the garden was Aram Bagh. Under the reign of Marathas from 1775 to 1803 in Agra, the garden got the name “Ram Bagh”. During the years 1615 to 1619, Emperor Jahangir made renovations to the garden, making it even more stunning.

Ram Bagh is a Persian style garden with three levels – 1. Flowers and vegetables 2. Flower beds with stone-paved terraces and kiosk 3. Tanks and terraces.

Fatehpur Sikri, founded in the year 1569, is one of the top places to visit in India. It was the capital of the Mughal Empire from 1571 to 1585. Primarily known as Fateh, meaning victory, the place was later known as Fatehpur Sikri. Fatehpur Sikri is home to the birth of the 9 jewels (navaratna). Fatehpur Sikhri is an epitome of the excellent Mughal architecture. With unique artwork and intricate designs, the building, made of red stones.

It is one of India’s classic embellishments. With brilliant works by great architects, Fatehpur Sikri is a masterpiece of the Mughal Empire and portrays the valor of the Mughal period.

Made of red sandstone and white marbles, Akbar’s Tomb is one of the popular tourist destinations in Agra. Located in an area of 119 acres, Akbar’s Tomb was build during the years 1605-1613. Commenced by Akbar according to the Tartary tradition, the Akbar’s Tomb is a great asset to India. Akbar’s Tomb is build facing the rising sun and has a beautiful garden surrounding it.

Jama Masjid ,constructed by Shah Jahan during the year 1648. It stands facing the Agra and the Agra Fort Railway Station. It is one of the best tourist attractions in India.

Shajahan built the Masjid, dedicating it to his beloved daughter. The octagonal Tripolia Chowk got demolished to create the Agra Railway Station. The primary entrance is on the eastern side.

The prayer chamber, enriched with slim turrets with alternate kiosks. Said to be the biggest vault, among the three and furthermore the most astounding, adorning the Masjid.

The archway of the entryway has Persian engravings on white marble inland with dark stones, in praise for Shah Jahan and his daughter, Jahanara. Jama Masjid, made of marble and red sandstone.

Known as the pearl white, Moti Masjid is one of the top popular tourist destinations in Agra. Its fine art and excellence stamps the rich craftsmanship of India. Constructed between the years 1648 and 1654, it cost Rs. 1,60,000 to finish the works. Moti Masjid is build of 12 curves. The curves situate facing from the South, East, and North.

The primary entrance, situated on the eastern side with the prayer chamber ornamented with detailed and intricate designs. It is such a mesmerizing and glorious view around the Masjid. It is special in its own particular style, with Hindu style cubicles which embellish the parapet. Comprising of 7 coves, it brags of its white marble extravagance.

The Moti Masjid remains on grounds that incline from east to west. The Masjid, shielded by 3 bulbous measured domes. For more information visit the official site of Agra. read our articles on the travel guide to McLeod Ganj  and  Historical city of Mandu!