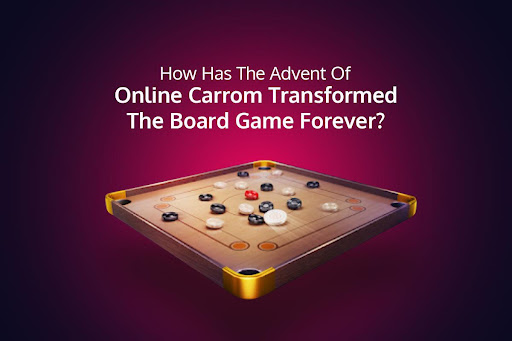 Carrom is a top-rated board game in colleges and schools, especially in the Indian subcontinent. It is a game that you can easily play with four people where two players can make the team and face the other two as rivals. You can also play the game based on points individually scored by each player.

In the past few years, the rise of board games has taken center stage since the lockdown caused due to the covid pandemic has shaken the normal functioning of the real world. People have rarely stepped out in the last couple of years, and most of their activity has gained momentum on the Internet. The board games that out-did their popularity in this session were subtle games like carrom, ludo, and cards. You could play carrom online by downloading the app directly from several official gaming websites.

Let us see now how the digital presence of the game has completely transformed its acceptance by the old and new carrom players.

A player needs a carrom board, nine disks of white, nine black, and one red-colored disk with an additional striker to play carrom. The classic board is large and cannot be rationally considered under the bracket of board games. The chief factor of a board game is that you can carry and play it everywhere at your convenience, but you cannot carry it anywhere you please for carrom. Due to the comparatively large space that carrom requires for the board, it can be best considered as an indoor game. After carrom was introduced into the online marketplace, it became easy for the players to enjoy it. You can play carrom while traveling on the bus, the subway, or a flight. Getting a big game in a small compatible format invited more users who had not tried it before. You also can get many rivals online to play the game or the AI, which makes it easier as there are not always players available who would be up to play classic carrom with you.

A New Medium of Nostalgia

The specialty with board games like Carrom, Ludo, and Chess is that we have experienced this game with our loved ones somewhere along our childhood days. Gradually growing up, we lost touch with these games as our lives got faster, and we did not have the time to enjoy them with family and friends anymore. We were introduced to video games, and the revolution of gaming on personal computers took over board games. Also, playing board games required a lot of equipment and accessories that were not possibly available to us. The generation of the millennials saw the entire structure of the gaming lifestyle shift to the digital world, and everyone had to give in to the new ways.

Over the past few years, game developers have reintroduced the old board games into this new format so that players can relate to them and are drawn back to the simplicity of these old games. Through online carrom, players can find a medium to relive their memories from childhood that are bound to these classic games.

The carrom games online come with various features and unique algorithms that make them fun. Developers improve over game mechanics and eradicate repetitive movements to allow you to perform amazing shots identical to playing in real life. These features make online carrom a great area to develop and practice your playing style. The AI used for these games is pretty advanced, and it provides you with quite a unique challenge when you are playing 1v1 with your computer. You can brush up on your old skills and develop new ones by playing for hours on the app. Understanding angles is crucial to playing carrom, and you can practice as many shots as you would like on the online version. The game also lets you meet exciting rivals who surprise you with new moves and strategies to play. Playing with tough opponents also sharpens your game and makes you a better player.

When sitting at a live table enjoying carrom with your friends, it is easy to get distracted by small talk and casual conversations. Playing any board game offline invites distraction and therefore causes you to lose focus in the game. The benefit of playing carrom online is that you can choose to commit to the game and concentrate on the game at hand. The chances of you winning increase the more you focus on your gameplay and the moves made by your opponent. It is hard to ignore that carrom has become more intense after its reintroduction in online gaming. People are developing new strategies and intuitive ways of playing as they can play longer hours fully invested in the game without suffering any distractions or discontinuations.

Carrom has high popularity and strong followers in the Indian lore of household games. The game was first introduced in South Asia and rose to immense popularity after World War I was over. The game has been around for over 200 hundred years, and it is being reintroduced to the future generation in the form of interesting online apps. At present, there are several Carrom apps in abundance, and they are slowly changing the market of the game for the better.